Assembly is a growing and evolving project and FAQs will be frequently updated according to development and research milestones.

General questions
Where do I follow updates on Assembly?

Assembly updates are available on Twitter and on the dedicated Assembly Discord.

When will the Assembly network launch?

We don’t provide any timelines on when the Assembly network will launch. The community will be closely involved during the genesis of the network, so you will not be able to miss the Mainnet launch.

Will Assembly tokens be traded on exchanges?

We do not promise any future listings on exchanges.

Is Assembly L1 or a Rollup?

It’s neither. Assembly can be defined as a permissionless network that builds on the IOTA network as its base layer.

What is the roadmap of Assembly?

There will be three phases when it comes to launching Assembly’s mainnet:

Anyone can become a validator and Assembly tokens can officially be stakes. Smart Contract Chains cannot yet be deployed easily, as the core focus is on the two main chains.

Phase 3 of the Assembly roll-out will be the launch of the multi-chain environment). Multiple VM’s are able to be run in the Assembly network and developers are able to initiate auctions to secure the buy-in of validators for their application chains. Shared security for specific smart contract chains. Full interoperability of all chains with fluid asset transfers.

Token Distribution & Economics
What is the total initial token supply?

How does the token distribution of ASMB look like?

How will the 40% DAO & Developer Incentives distribution look like?

This will be shared in an upcoming post. Ultimately, it will be up to the Assembly community to decide how to make use of this funding. It will be one of the largest open token distributions in the crypto space helping to attract and reward participants in the Assembly ecosystem.

Yes. Staking IOTA tokens to receive Assembly tokens is secure. The staking functionality has been integrated into the Firefly wallet by the IOTA Foundation and the function has been thoroughly audited for security.

When does the IOTA staking for Assembly tokens start?

We will communicate the start of IOTA staking for Assembly tokens 24 hours in advance. Make sure to follow the official @Assembly_net Twitter account and join the Assembly Discord to participate right from the beginning and max out your Assembly token rewards.

How do I stake to earn Assembly tokens?

You can earn Assembly tokens by staking IOTAs in your Firefly wallet with the upcoming Firefly release (including Ledger Nano).

How do I receive my ASMB tokens once I started staking my IOTA tokens?

Claiming your ASMB tokens once the network is live will be a simple process of issuing a transaction from the wallet that you staked with. Make sure to not lose access to your wallet and keys!

When will I be able to transfer my Assembly tokens?

Assembly tokens can be transferred once the mainnet has launched.

Can I stake for Assembly and Shimmer at the same time?

Yes. In Firefly you will stake for both Shimmer and Assembly at the same time.

Are there two types of staking for Assembly?

Yes. Users can stake IOTA tokens in order to earn ASMB tokens. The duration for these staking rewards on IOTA is 2 years. The first staking period is 90 days, after which there will be more staking periods to distribute the ASMB tokens even after the mainnet launch of Assembly.

Once the Assembly network has launched, ASMB token holders will be able to stake ASMB tokens to help secure the network and get a share in the inflation on the network (staking rewards).

How do I participate in the 20% IOTA Staker distribution?

Very simple, all you need is IOTA tokens and a Firefly wallet. In an upcoming release of Firefly, the staking functionality will be enabled. With that release, you will be able to stake your IOTA tokens to earn ASMB tokens, as well as Shimmer tokens.

Can I stake if my coins are on exchanges?

No, the Assembly network has not launched yet and an integration of the staking mechanism would not have been easy to implement for exchanges. Users therefore can only stake using the Firefly wallet.

Is staking IOTA being done automatically for all Firefly wallets?

No, users have to initiate staking themselves for all wallets contained in a Firefly profile. We will publish detailed information about the staking process with the upcoming Firefly version enabling staking.

Will Assembly tokens be integrated into the Firefly wallet?

How high are the staking rewards on Assembly?

The inflation on the Assembly token is initially set at 8%, which is distributed pro rata to ASMB token stakers that help and secure the network. The inflation rate can later be adjusted by the community.

What’s the role of the IOTA Token / Assembly Token? Are they related somehow?

The IOTA Token is the underlying token infrastructure of Assembly. It is used to guarantee transaction throughput of the Assembly network, and for dust protection. In addition to that, because of the native token, IOTA will also become an integral part of the Assembly ecosystem, with dApps providing support and utility to IOTA.

With the growth of Assembly, it is positioned to be the main driver of adoption for IOTA and the IOTA token.

Why create the Assembly token?

The Assembly protocol provides the necessary incentives and punishments to enable a permissionless smart contract network. The protocol is designed to allow anyone to become a validator, staker and to freely deploy their own smart contracts. In order to achieve this, Assembly needs to have its own token to create the incentives (in the form of staking rewards) for validators to participate in the network, and for stakers to contribute their stake. If validators misbehave, their stake may be slashed by the protocol, and the tokens burned.

The ASMB token is essential to the security of the network, without compromising on the operations of the network or introducing potential security risks.

Builders & DAO Involvement
I want to start building on Assembly. What can I do?

The beta version of IOTA Smart Contracts is already live and ready to be built on! It’s fully EVM-compatible. You can already now start building your dApp for the future Assembly mainnet, since your applications and smart contracts can easily be ported from Beta to Assembly Mainnet.

Is there a Builders Program and more Developer support?

YES! This is our big focus and we have Touchpoint, which is our routing system to help builders in the community be successful. More details on funding opportunities and the distribution of the DAO funds for Builders will be announced very soon.

If you want support, already reach out to our team. We are here to ensure your success.

Are there any investors or funds willing to invest into early stage projects?

YES! There is already a large group of investors within the community. If you are looking for funding, either reach out to our team via Touchpoint, or simply show your presence in the community. We will help you out.

Will there be a grant program?

YES! We have set up a dedicated entity in Switzerland to provide our ecosystem with a far-reaching grant program. The Ecosystem Development Fund will relaunch very shortly, with concrete instructions on how to apply.

I want to join the DAO and help govern Assembly. What can I do already?

The Assembly DAOs will officially launch with the mainnet launch. In the meantime, you can be involved in the many governance discussions the community will be having to decide on the various DAO structures. Simply join the community in discord and join the discussions!

Other
My question is not listed here, where can I ask it?

Please join us on Discord and ask any question you might have there. 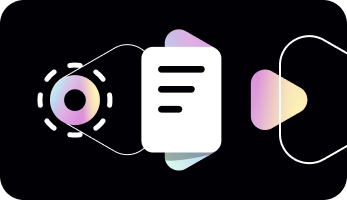 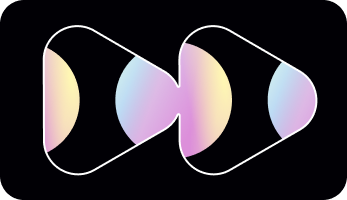 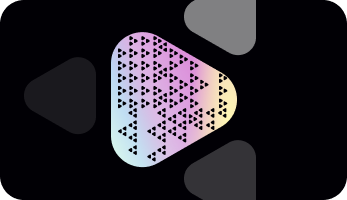